Extend the Hiking Season in Patagonia 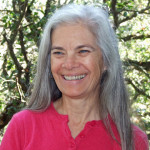 The journey of 1,000 miles begins with a single step. Patagonia is much further from my home than 1,000 miles. From the San Francisco Bay Area, it requires more than two days of travel to reach this iconic hiking destination and my personal journey there was complicated by much more than distance.

For many years, I thought that the San Francisco Bay Area was the perfect place to live. The city of San Francisco was big enough to have interesting jobs in the financial industry where I worked, but still small enough to suit my “non-city” preference. With a mild climate year-round, it’s a rare day when a short walk doesn’t appeal, and there are numerous regional parks for somewhat longer hikes on the weekend.

More important, the Sierra Nevada is just a few hours away, so on long weekends or vacations, my husband and I could hike or backpack in the mountains. I never found it easy to go from sea-level to high elevation and then hike uphill. Still, I am drawn to mountains – John Muir’s description of “low-altitude sickness” resonates with me. I never tire of the vistas in the Sierra, and I love the feel of walking on granite, deep breathing the clean air and putting one foot in front of the other, letting real world worries fade into insignificance. If I don’t see mountains for a while, I get itchy.

Over the years, Richard and I explored more distant mountain ranges when we had time. Glacier National Park was one of our favorites, and there were other mountains we enjoyed hiking multiple times, but still I was a bit smug thinking that “our” California mountains were perfection . . . almost. Because the high Sierra is covered in snow for many months each year (thus the apt name Sierra Nevada!), the hiking season in the high Sierra is only 4 – 5 months per year, which fly by way too quickly, especially in heavy snow years. We could extend the season by hiking wonderful places like Death Valley in the spring or Yosemite Valley in the fall, but that still left the “winter hiking problem”, which plagues many hikers in mountainous North American locations.

The obvious solution? The southern hemisphere, with its opposite seasons. We had long wanted to hike in Patagonia. Then ten years ago, Richard saw an article in the newspaper about a group organized by ConservationVIP® which was going to Patagonia to do volunteer trail maintenance. The Sierra was covered in snow, so traveling to hike in mountains at the other end of the world sounded remarkably reasonable. Volunteering while traveling appealed to us, since we are both better suited to purposeful activity than to relaxing. Though we’d never done any trail maintenance work, we figured that after a lifetime of hiking we knew the difference between a well-maintained trail and a trail in disrepair. Plus, it occurred to us that we were overdue to give back in the trail department, considering how much we had benefited from other people’s trail work. We grabbed the last two available spots on the trip, and headed south.

We were amazed by Patagonia. The landscape stunned us: the iconic Cuernos peaks that we had seen on all the “visit Chile” advertisements, the eponymous granite Towers, Grey Glacier flowing off the end of the Southern Ice Field, to name just a few of the sights we saw that first year. Adding the guanaco and Andean condor sightings, it was a photographer’s heaven. Last but not least, we got to hike to “work” every day. The trails clearly needed repair, so our improvements were obvious and rewarding to see. We had a lot of fun repairing trails with a group of like-minded people, and it solved our winter hiking problem.

Looking back, I think of that 2007 trip as the first step in a long journey. The journey that followed has included many more trips to Patagonia, and activities far beyond the hiking and trail maintenance.

Here’s the short version of the story: Richard and I had such a good time in 2007 that we signed up to go back again in 2008 for another trail maintenance trip. ConservationVIP® was a small startup nonprofit, trying to expand from volunteering in one amazing park to become a sustainable organization helping many more parks. Because of my financial skills, in 2008 I was invited to join the Board of Directors and volunteer as Chief Financial Officer. Three years later I became the volunteer Chief Executive Officer of ConservationVIP®, which is an entirely different sort of journey and a story for another time. I have managed to get to Patagonia every year since 2007, sometimes volunteering on the trail maintenance trips, other times assisting my husband Richard as he has made his special contribution. He has been volunteering his structural engineering and bridge construction skills to help the Park build some urgently-needed hikers’ bridges.

Since then, ConservationVIP® has successfully expanded its volunteer activities to serve eight very special locations. Now I face the irony that I have managed to work myself into a situation where I spend more time than I like on office work, and less time than I would like hiking. What keeps me motivated? The Patagonia trip. As I sit here writing this, I’m plotting my next trip there. Want to extend your hiking season by joining us in Patagonia? 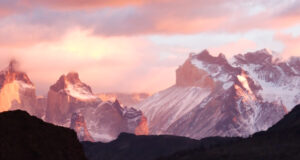 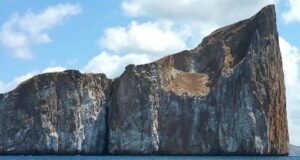