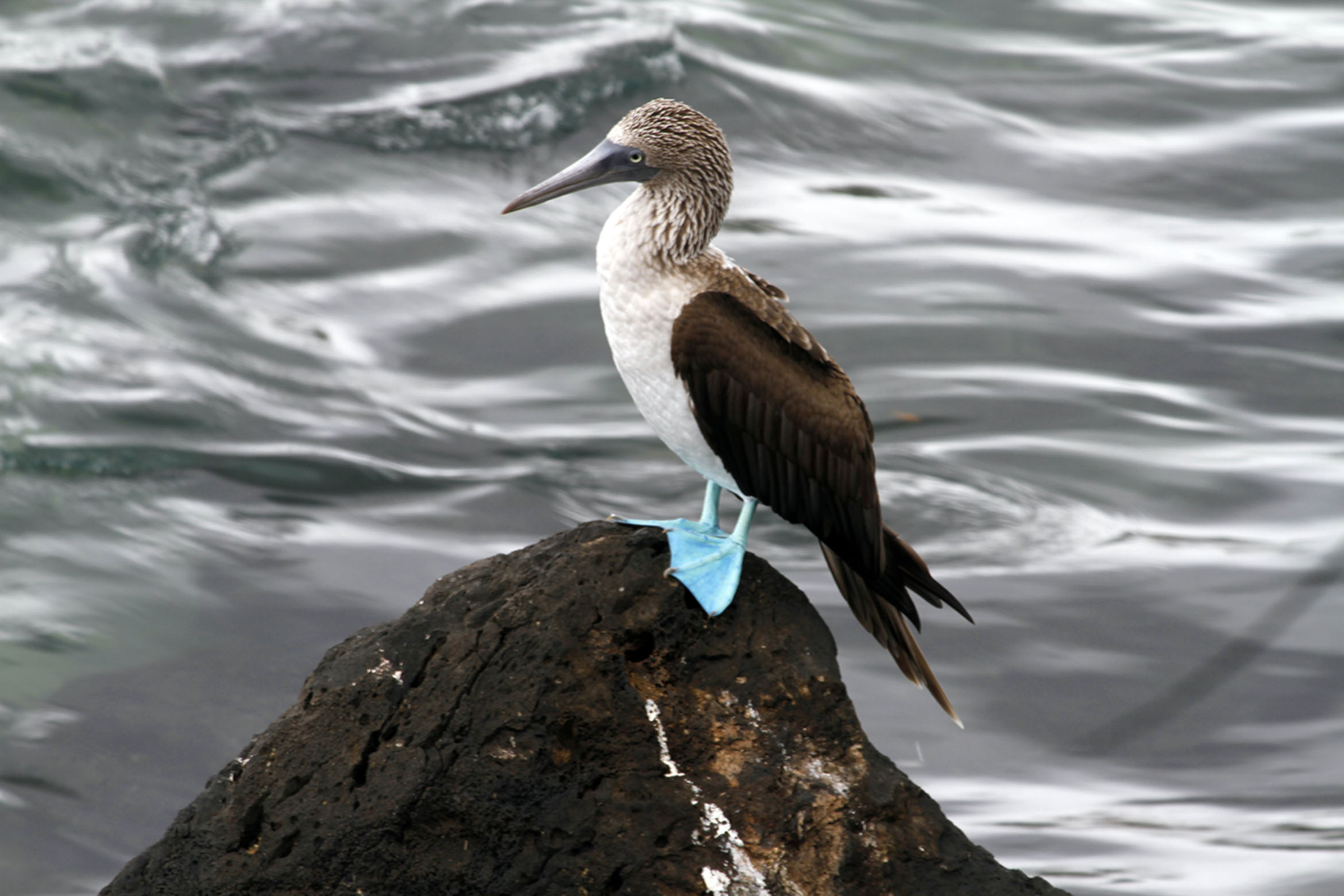 Some things just “say” Galapagos. The blue-footed booby. Marine iguana. Tortoise. Darwin. I’d heard the words before, but now I was about to live them. Here I was, shoe-horned into a small plane approaching Isla Isabela, the outermost inhabited island in the Galapagos, with about a dozen Conservation Volunteers International Program (ConservationVIP®) volunteers.

I couldn’t have been more excited. Ahead of me were four days of up close and personal contact with many of the namesake shellbacks. This mission brought us from across the United States to the Galapagos to restore tortoise habitat. It was going to be the trip of a lifetime.

We touched down safely at the wind-swept, sun-bleached terminal on Isla Isabela Island. There were pickups to our hotel and we’d be here in Puerto Villamil for a day or so and then off to Campo Duro on the flank of Sierra Negra, the still active volcano that dominates the island’s southern skyline.

Puerto Villamil is a dusty hamlet … population about 5,000. Just a few small shops and restaurants around the main square. Here we were, in tortoise habitat. From our hotel we walked the short distance to our first encounter with Galapagos Tortoise on Isla Isabela. It was at the Centro de Crianza, where generations of the tortoises are growing up. It seemed they were everywhere…in ponds, under trees, hanging out with each other. 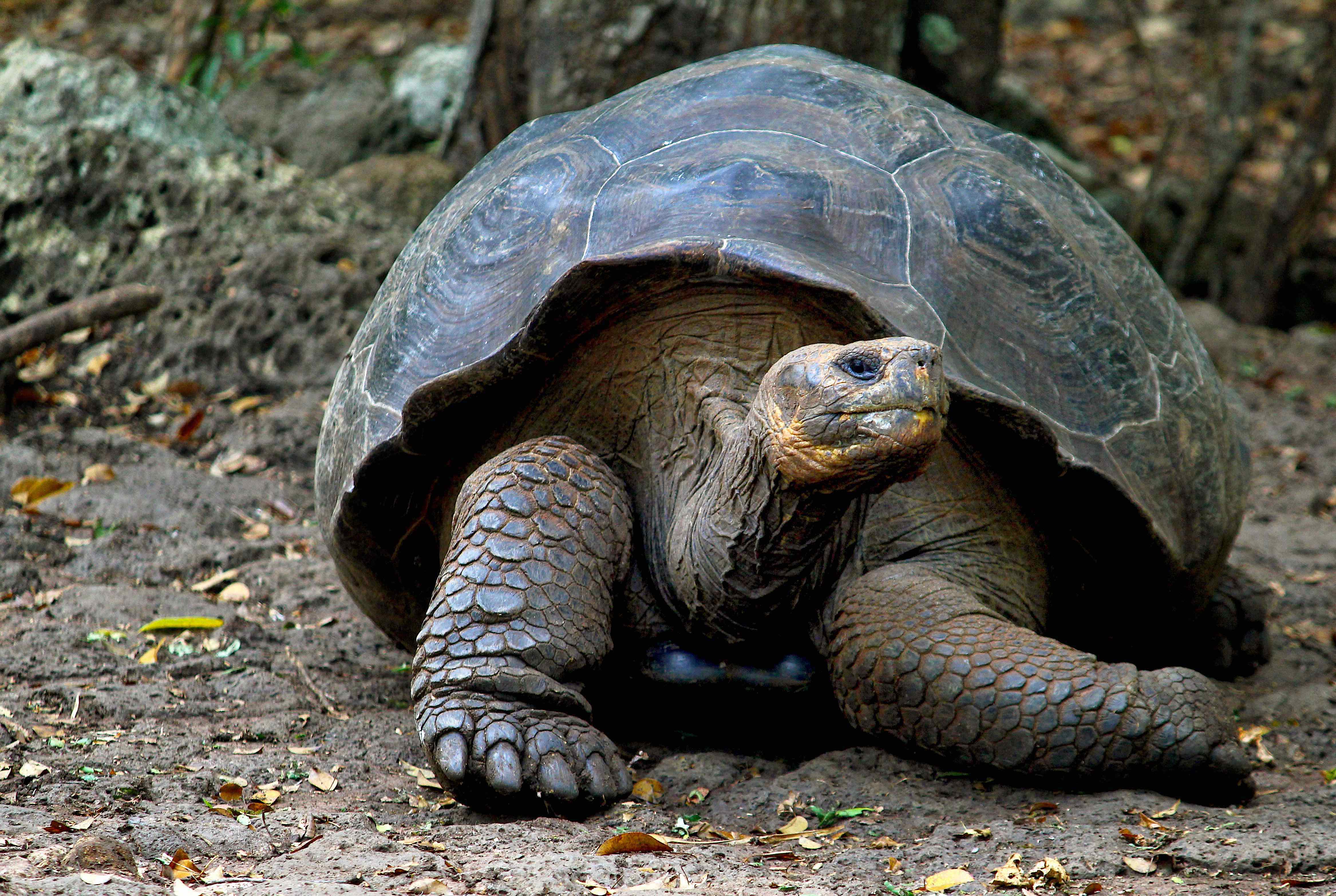 Scientists say the Galapagos Tortoise swept here in ancient days from South America by the cold Humboldt Current. Sailors exploited them for food, especially for long voyages. The result was devastating and they are protected today by the International Union for Conservation of Nature.

Darwin arrived in 1835 to study the animals and birds he’d write about in The Origin of Species. He came ashore at San Cristobal Island, the easternmost of the Galapagos, to collect and examine plants and animals.

We got up early and rode an open air bus up the flank of Sierra Negra. There, we left dry and dusty behind, and entered into the tropical rainforest on the slope of the volcano.

Our destination was the 2.5 acre Campo Duro, a sort of “halfway house” for Galapagos tortoises which biologists are trying to reintroduce to the natural environment on the islands.

These tortoises were “teenagers”, having been hatched at a nursery or “crianza”, brought here and given pampered treatment. That’s where our group came in. We’d be removing some of the canopy and transplanting wholesome “tortoise food” into prepared beds.

Right after we arrived our trip leader, John Hollinrake, laid out the mission. “Revegetating with the native grasses is the key to the survival of these guys”, said John as he led us around…which one volunteer interpreted as “you just gotta get in there and sweat your butt off and pull weeds so they can have breakfast, lunch and dinner.” And under the hot tropical sun that’s what we did.

Next day, awakened by crowing roosters, we got up…got ready…and got to work just a short walk from our breakfast table. The tortoises were right there with us, too. We trimmed trees, pruned bushes, pulled weeds and planted new grass. A good hard 8 hour day of it…with appropriate breaks to marvel at what we were actually doing. We were working side by side with the Galapagos Tortoise…helping the reptiles recover from exploitation. It really was a “Wow!” experience.

Under the curious gaze of the tortoises, we hacked at the undergrowth, trimmed trees and generally worked up a sweat. The nights were wonderful as we cooked local fruit into jam over the campfire and enjoyed dinner under the Milky Way…no “city lights” within hundreds of miles. It seemed you could nearly reach out and touch the stars.

On our last day we climbed up and onto the rim surrounding the crater of Sierra Negra, a still very much alive volcano. It most recently erupted in 2005. On this day, we safely walked the rim of this vast caldera. The floor was marred with the charred rocky remains of a fiery eruption of just a decade ago. We walked around the rim and back down as the afternoon monsoon rains rose up to meet us.

Soon, we were back on the bus and heading back home…but we’d left real improvement behind for the tortoises. They were better for our having visited, and so was I. 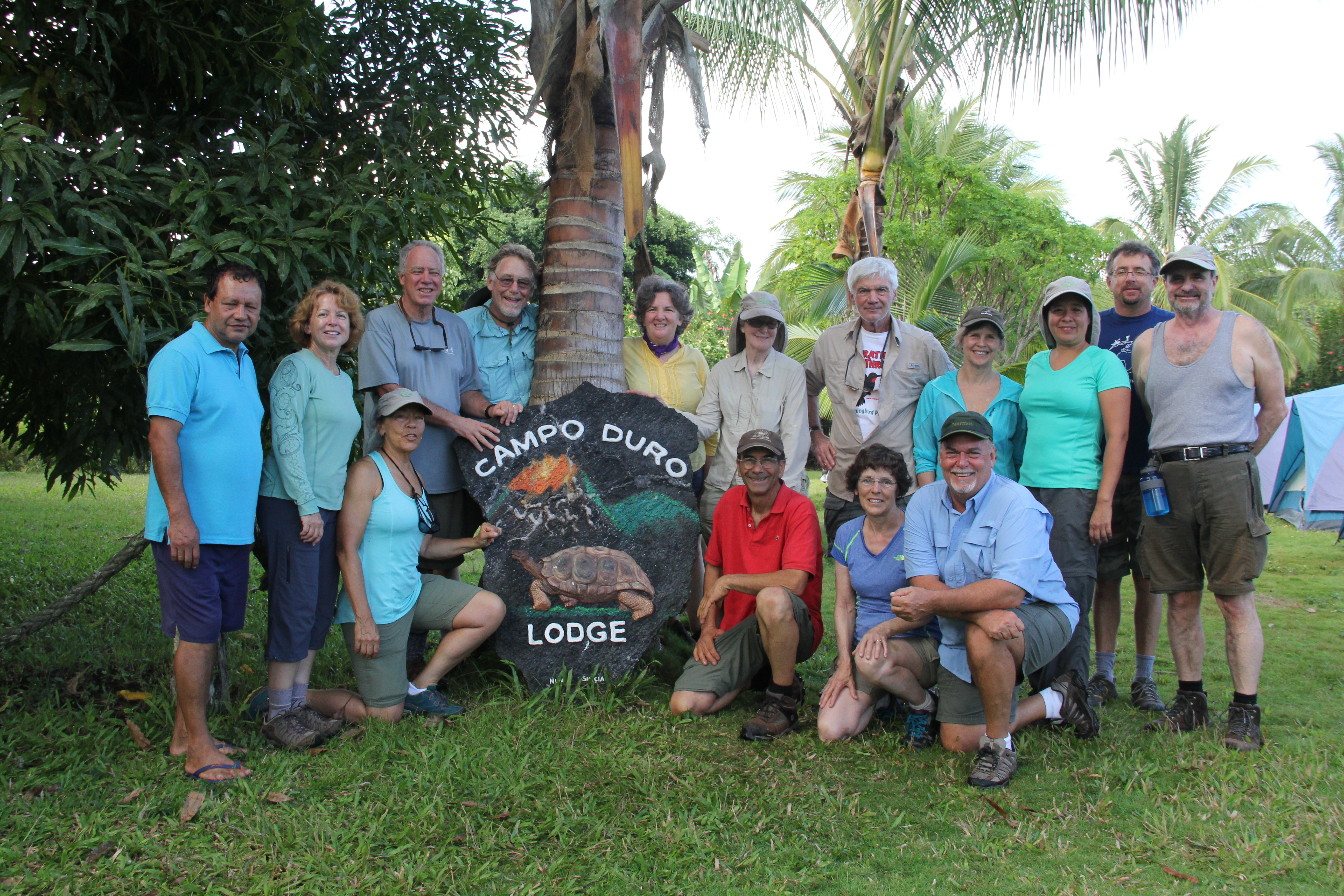 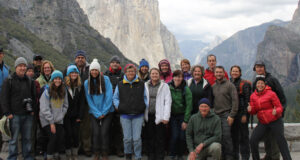 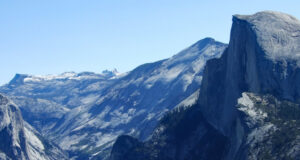