It saddened me to learn that Saturnino had passed on. He was someone special I met on a Machu Picchu volunteer trip.

Saturnino…just his name was mystical. Named perhaps for the 6th planet from the sun or the Roman god of agriculture. We were clearly working on what he considered to be his plot of land to oversee along the Inca Trail. I came to feel it was his legacy to protect it as an inheritance from the Inca.

We volunteers with ConservationVIP were at Chachabamba, a way station along the Inca Trail perhaps dedicated to water. At Chachabamba, subjects of the Inca raised potatoes and other crops to have at the ready when “The” Inca came to rest on his way to the citadel of Machu Picchu. Even as I just met him, I knew that Saturnino was the guardian of this special place. At first, he seemed somewhat in the background, but he would go on to pronounce prayers and make offerings, something no one else seemed inclined to do…To me this felt like the realm of Saturnino.

In fact, I met Saturnino on two separate occasions. The first time, I didn’t see it clearly enough. I recall his praying, but it was on my second visit to Chachabamba as a volunteer, that I came to feel that this was his way to honor his Inca legacy, and we who were there to help preserve it.

We didn’t start our work restoring the fountains and rock walls of Chachabamba until Saturnino called upon the “Apus”, the spirits of the mountains, to bless our work. What a great way it was to honor our volunteer work here in the Machu Picchu Sanctuary. Then on another visit, we circled around him while he dug into his bag of relics, wrapped them in coca leaf, and blew into them spreading his prayers to the four corners. He was calling upon the spirits of the mountains again…as the Inca himself must have done so many hundreds of years ago.

Our intrepid CEO, Chris Braunlich, picked up on Saturnino’s vibe, too. “One thing I remember about him”, says Chris, “- – in addition to his deep belief in and dedication to Pachamama – – – was his reaction when I gave him a gift of Fiskars hand clippers. He looked at it, turned it over and over, then very hesitantly clipped off a small branch on a tree. The amazed smile on his face was wonderful.”

I have heard ConservationVIP Director John Hollinrake tell of his experience with Saturnino on one special visit. “On that trip, the group was so moved that they were in tears,” said John. “We learned from him about how the Quechua people respect the environment, and Mother Earth, and we were appreciative of the gesture that he did for us.”

Of late, some ConservationVIP volunteers have been working right inside the Sacred City of Machu Picchu. I hope that working there is as special to you, and others who will come, as was working alongside Saturnino of Chachabamba for me.

His body may be gone now, but I think he’d like us to believe that his spirit still remains. 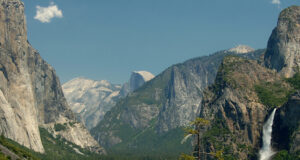 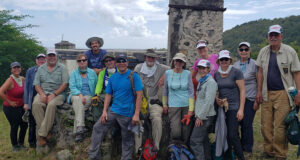 For a glimpse of Saturnino’s blessing, check out this video on ConservationVIP’s You Tube channel: https://youtu.be/IKi6HqMROEU

A few years back, one of my jobs as a trip leader was to acquire the objects needed for Saturnino’s blessing ceremony. Accompanied by our guide Santiago, we headed to Cusco’s bustling San Pedro Market, and sought out the healers booth. It was filled with an array of odd things, and my eyes wandered around the bins and objects as Santiago and the merchant rattled away in Quechuan about what was needed. The merchant gathered up the materials and handed me a bag full of twigs, leaves, shells and tiny plastic toys and I paid him the necessary Sols. Then Santiago led me out the back to what I call Diagon Alley of Harry Potter fame, The narrow crowded street was full of all sorts of things a healer would require; we were after freshly processed coca leaves. Now freshly dried coca is nothing like the brown crinkled leaves you find at the tea service in Cusco hotels. They were bright green and VERY aromatic, and their spicy smell permeated my luggage and backpack. I was worried I would be visited by the DEA and a not so friendly dog when I tried to reentered the US. (I wasn’t, thankfully.)

Last stop was in Ollantaytambo, to pick up fresh flowers before we climbed aboard the train to Aguas Calientes.

The blessing ceremony took place at the end of the day in the quiet forest near Chachabamba. I remember the magic and the blessing Saturnino personally gave me as well as everyone individually. It was a powerful and emotional experience. Even the more skeptical of our group were moved, many to tears. To this day, I cannot think or talk about it without getting teary.

Saturnino, the unique and touching blessing, and the smile on his face when he was presented with a gift of fresh coca leaves are my memories of this humble man and the wonderful time spent with other volunteers in this sacred place. Yes, I remember and feel fortunate to have been in his presence and received this special blessing with others in the group. Thank you, Saturnino.