Dedicated to the Scottish Highlands

Over the past 50 years, service trips have given me the opportunity to help protect and restore vulnerable areas around the world. In 2007, I read an article about the Scottish non-profit, Trees for Life, in National Geographic Adventure magazine. Trees for Life has been working to reforest the Scottish Highlands since 1989. Sadly, much of the Highlands has been decimated over the centuries by deer and humans.

In 2008, I joined Trees for Life for a week of volunteering in the Scottish Highlands. After several years of planning, I was fortunate to join forces with ConservationVIP and in 2015 we ran our first volunteer service trip in conjunction with Trees for Life. Since then we have run at least one trip per year to the Highlands.

Each year, before our group joins up with Trees for Life, we take an all-day guided trip from Edinburgh through historical and scenic parts of Scotland and usually have lunch at Glencoe, near the site of the historic 1692 massacre. As our bus travels north along Loch Ness, I always advise our volunteers to keep their cameras ready for a sighting of Nessie, the most well-known occupant of the loch. Unfortunately, Nessie has been camera-shy thus far.

Our ConservationVIP group stays at the former hunting lodge at the 10,000 acre Trees for Life Dundreggan Estate in Glenmoriston. During our stay, our group bonds over planning, preparing, and enjoying our meals around a large communal table. The lodge is near the tree nursery, where our volunteers have handled such chores as collecting seeds, re-potting seedlings and turning over soil to expand the nursery. After our work day, we can often be found warming up by the fireplace or roasting marshmallows for s’mores around the lodge’s fire ring.

Away from the lodge, our trip members have planted thousands of native trees, such as Scots pine, dwarf birch, and rowan, and have removed invasive species, like Sitka spruce.  The latter were planted in the 20th century so that Scotland could quickly increase its timber production.  But research has shown that the invasive species crowd out native ones.

Trees for Life plants forests in memory of the departed. After my wife, Karen, died in November, 2018, my ConservationVIP co-leader Barbara Kennedy started a forest in Karen’s memory.  During our Autumn 2019 trip, our ConservationVIP group planted trees in Karen’s forest.  It was with a heavy heart that I was given the honor of planting our last tree in her forest on that trip.

ConservationVIP has formed a wonderful working relationship with Trees for Life and I eagerly await our future trips to help rewild the Scottish Highlands. 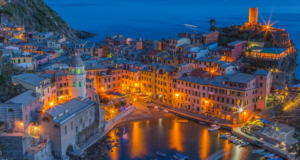 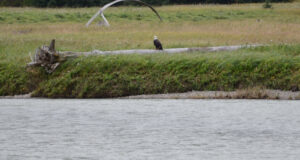 Next post You load 16 tons, what do you get?